The AJS Moto Trial Club, now one of the oldest and most respected clubs, was founded in 1928 by the late Mr. Frank Part. He wrote letters to several AJS owners of that period in Adelaide and organised meetings, mainly socially oriented. Although many early club outings consisted of a touring nature, it wasn’t long before competitive events became understandably very popular. Of these, road trial events suited most members, with the club running its first trial in 1930. 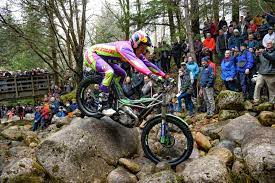 Since then, the club has progressed into competitive events in the majority of disciplines and are presently most active in Observed Moto Trials and combined Road Races. Members have successfully competed in most facets of Motor Cycle sport at State, National and International levels. Current members have attained State and Australian Championships.

A Social Committee maintains fresh initiatives and strengthening unity between members whose ages range from 4 to 75 plus years! Enjoyment and fun is strongly emphasised at all club competitions and social functions. An interest in motor cycling is all that’s required; non-competitors are well catered for by the friendship imparted at all functions.

The A.J.S. club meets at Motorcycling SA, 251 The Parade, Beulah Park on the first Wednesday night of the month at 7:30 pm.

If you are interested in joining a motorcycle club that is Observed Moto Trials orientated please feel welcome to attend any meeting.