There are so many exciting benefits of joining our club, including:

To join the CBX Owner’s Club of Australia you will need to register a new account, pay the relevant membership fee and provide the Membership Secretary with your contact details.

The CBX-6 Owners’ Club of Australia is a non-profit club that was founded in April 1991 by Garry Fuller and Lindsay Peterkin. As CBX owners, they both felt that such a unique bike should be preserved for present and future enthusiasts.

At first it was intended to be a club for the Hunter Valley Region, but it didn’t take long before the pair decided to go national. A committee was formed with Neville Elliott elected as President. In July the first newsletter was printed and the club grew to 14 members.

The members began fundraising to keep the club running strong and pay for incorporation. Club rides were organised once a month and Norm Fraser’s Motorcycles was invited to be the club patron.

In the mid 1990s it became apparent that parts were getting harder to find, so Lindsay Peterkin started the reproduction program for members. This was ceased in May 2012 due to parts being sourced over the internet. 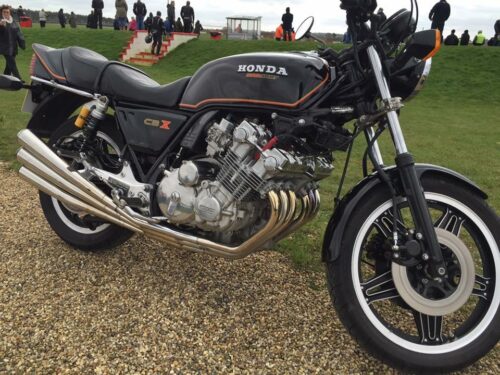