Originally formed in 1946, the Motorcycle Racing Club of Victoria (MCRCV) now has around 400 members making it one of the largest motorcycle clubs in Victoria. Whilst the club has a large membership it still prides itself on being a very family-friendly club welcoming all those who share our passion for two-wheeled motorsport.

As the name suggests, the primary focus of the MCRCV is motorcycle competition with a focus on the Off-Road disciplines of Enduro, Cross Countries, Sprints and Natural Terrain motocross.

Over the years the MCRCV has produce riders that have won numerous State and National Championships. As well as racing the club holds trail rides, monthly general and social meetings at our clubrooms as well as various other social events throughout the year culminating at the end of each year with our annual Presentation Night.

Don’t think all the fun is saved just for the grown-ups, our junior members compete at all these events as well.

It’s quite common to have multiple members from the same family all competing in different classes at our events further enhancing the relaxed family atmosphere the MCRCV prides itself on.

We have a class to suit everyone from the younger primary school-aged children through to our 45 years and over class, as well as dedicated competition classes for females. We have riders varying in ability ranging from the serious A Grade/Expert level rider through to the casual trail rider who just wants to get out there and have a ride.

We also hold the hugely popular non-competitive Stockmans Rally at Big River State Forest each year catering for trail riders wanting to participate in an organised event and enjoy the experience with several hundred others as well. This event has enabled the MCRCV to donate tens of thousands of dollars to our chosen charity of Ronald McDonald House Monash. The club also conducts an annual Come and Try Day for juniors that might be looking to become involved in the sport and training days for junior riders wishing to get into competition riding. 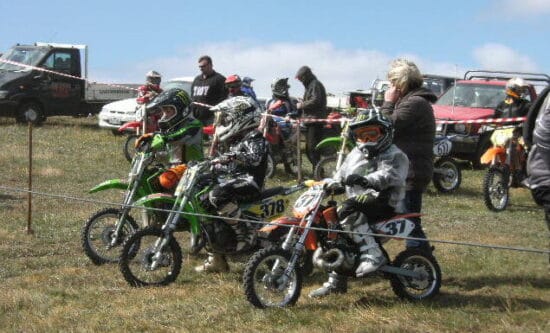 The MCRCV holds monthly general meetings on the 1st Tuesday of every month at 6:30 pm.
Social meetings, (time and date will be advised) These could be anything from an informal get-together, BBQ, information night etc. Info will be sent out regarding social nights

All meetings are held in our clubrooms (unless stated otherwise). Factory 8/26 Burgess Road, Bayswater.