An idea for an online blog on action sports dreamed up in a Burleigh Heads, Queensland backyard has transformed in a few short years into Australia’s largest online retailer for Motocross Gear and Accessories.

With an entrepreneurial mindset coupled with a passion for sales and online marketing, a young Jake Alberts (MXstore MD) collaborated with some like-minded friends with the goal of changing the Australian Motocross industry forever. The MXstore.com.au website went live in 2009 and on a shoestring budget the first orders for Motocross brand tee shirts began rolling out to customers hungry for an “Australian Made” online retailer.

A substantial contributor and vital part of MXstore’s growth has been their dedication to acquiring a unique team of individuals. In 2010 Pete Anderson (MXstore GM) began working on MXstore in between riding shows as a Freestyle Motocross athlete and the guys got their first taste of growing an online retail business.

A core value established at an early stage was to deliver “Service beyond Expectations” which has remained a key focus throughout MXstore’s journey. After making baby steps and testing the market MXstore arrived at a major milestone and in November 2011 the doors of the first retail shopfront opened for the first time. In the years to follow the boys ascended a steep learning curve working countless hours developing systems to create a path of aggressive growth and expansion while nurturing a business in its infancy during the tough years of recent retail recession in Australia. 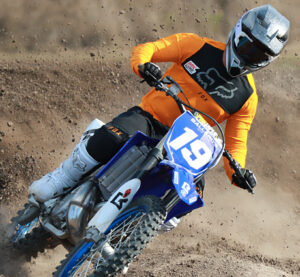 Another addition to the team was in 2012 when Jason Hill (MXstore CTO) commenced working on the business and quickly became an irreplaceable asset with his vast industry knowledge and technical abilities as a web developer.

Fast forward to the present day and MXstore is the #1 online retailer for Dirt Bike enthusiasts in Australia. With accelerated growth the milestones are being reached at a high velocity resulted in the need to relocate to a larger premises which now houses over 60,000 products. The creation of custom inventory platforms has been a necessity to manage the juggernaut of the MXstore machine.

In 2016 MXstore joined forces with the legendary Ballard’s Offroad to expand our product offering and cater for MXstore’s off road riders.

Although there are no signs of slowing down the rapid rate of growth in the near future MXstore remains true to the sport and the people who share the passion of riding dirt bikes.