Sidecar motocross racing is very similar to regular “solo” motocross but with a different type of motorcycle chassis, and with a team of two people riding together instead of one, a “rider” and a “passenger”. Several sidecar manufacturers in Europe make a special chassis that will accept the engine, wheels, plastics, and other components from commonly available big-bore motocross bikes such as the Honda CR500, Kawasaki KX500, and 550 KTM.

There are also specialized monster size 2-stroke engines such as the MTH 630, and 685cc Zabel which are made just for Sidecar Motocross racing. The Zabel and MTH are the top engines in the World Championship.

Racing is done on the same outdoor motocross tracks as regular motocross. Sidecars can handle rough terrain including bumps, turns, hills, mud, and jumps. Some teams even do double jumps! The rider handles the bike similar to a regular motocross bike, except the bike doesn’t lean in the turns.

The job of the passenger is to move their weight around to help go faster in turns and jumps. The passenger does much more physical work than the rider since they move their whole body around continuously. Excellent physical conditioning is required for both the rider and passenger. One of the most important aspects of sidecar racing is “teamwork”. The best sidecar teams in the world have been racing together for many years and work well as a team. 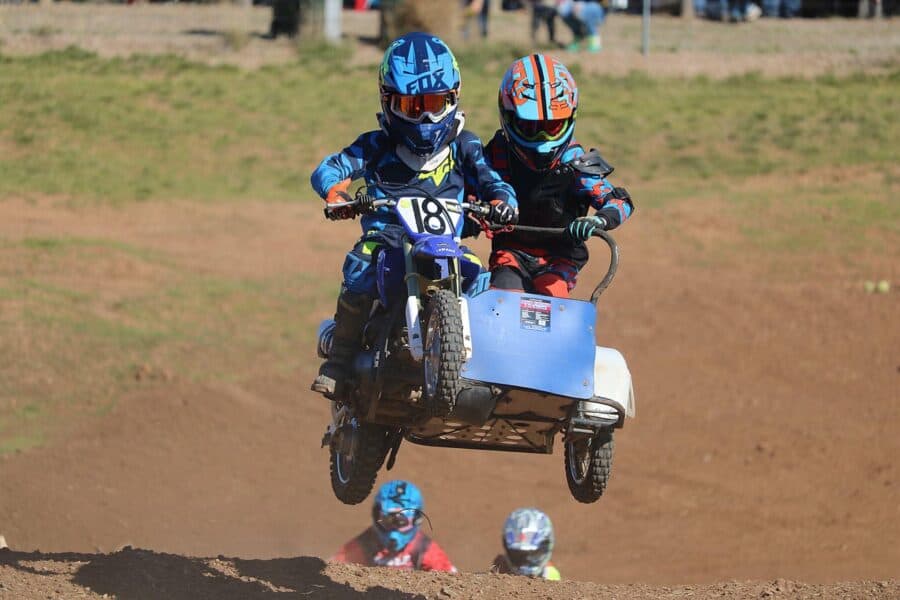 The Classic Motocross Sidecar Register was founded by five Sidecar enthusiasts in Western Victoria, all of them riders or passengers themselves. They were concerned with the lack of numbers and the interest in the sport so they contacted other local Sidecar owners about conducting a meeting in Lismore Vic, to discuss forming a Register of names, and also to discuss other issues that effect our sport.

From that meeting held on the 23rd July 2001 they formed The Classic Motocross Sidecar Register, to keep track of outfits, riders and passengers. Starting with 7 outfits and 12 people on the Register in the year 2001, we now have over 150 outfits and more than 200 members 5 years later.

When the Register was originally formed it catered for mostly Pre 85 down, as that was the age of most of the outfits that were owned by the founding members. Not until 2004 was the Pre 85 cap lifted to cater for all Motocross and Road Trial Sidecars, but at the same time, still preserving the era of each class on the Register.

In 2003 the Register became affiliated with MA so we could start conducting our own events. Also that year the Register had its first Sidecar Display day in Colac, Victoria, where they had an impressive 29 outfits turn up, for what turned out to be a very successful day. With a general meeting held at that event in Colac, it was decided because of the success of the day the Register would have a display weekend the following year in SA.

At that stage no one could have imagined the success the following year would bring in the small SA town of Morgan, with 82 Motocross and Road Trial Sidecars turning up for what was to be the biggest Motocross Sidecar event ever held in Australia, from Pre 68 Sidecars, to the latest model Motocross, including a full field of Juniors.

In 2005 the Event was held in Warrnambool Victoria with another record being broken with 89 entree’s being received including a European team, also at this event we reached another mile stone with the changing of our name from the (Classic Motocross Sidecar Register) to the Australian Side-Cross Association.

In 2006 the now Annual Sidecar Spectacular returned to South Australia where 103 Sidecars turned out, to what is believed to be the worlds biggest Motocross Sidecar event.

So with this show of strength from the Motocross Sidecar community it is surely a sign of things to come, from both Modern and Classic disciplines. May this Association continue to grow for years to come. 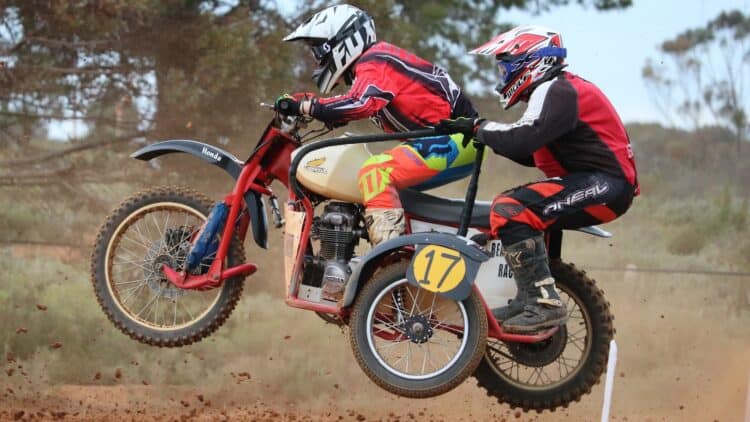